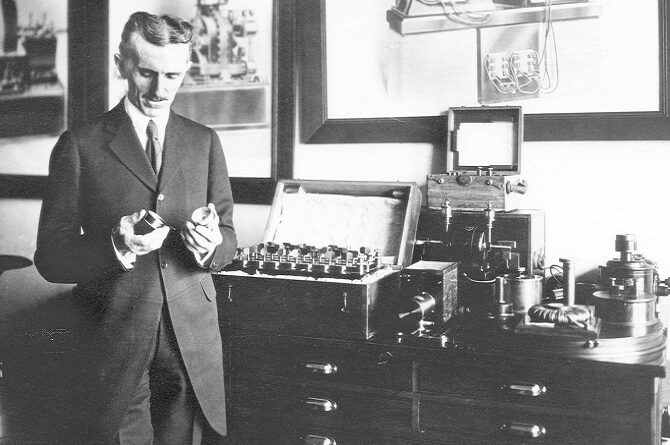 In the last days of America’s Gilded Age, Nikola Tesla made a dramatic attempt to change the future of communications and power transmission around the world and became the man who invented the 20th century.

At the age of 19, he was studying electrical engineering at the Polytechnic Institute at Graz in Austria, where he quickly established himself as a star student. The thoughts of electromagnetic fields and a hypothetical motor powered by alternate-current obsessed him. and he was unable to focus on his schoolwork. Tesla became a gambling addict, lost all his tuition money, dropped out of school and suffered a nervous breakdown. It would not be his last. In 1881, Tesla moved to Budapest.

He arrived in New York City in June, 1884 with four cents in his pocket and a letter of recommendation from Charles Batchelor- a former employer- to Thomas Edison, which was purported to say, “My Dear Edison: I know two great men and you are one of them. The other is this young man!” He quit work with Edison later citing irreconcilable differences.

Tesla patented his AC motors and power systems, which were said to be the most valuable inventions since the telephone. Soon, George Westinghouse, recognizing that Tesla’s designs might be just what he needed in his efforts to unseat Edison’s DC current, licensed his patents for $60,000 in stocks and cash and royalties based on how much electricity Westinghouse could sell. Ultimately, he won the “War of the Currents,” but at a steep cost in litigation and competition for both Westinghouse and Edison’s General Electric Company.

Fearing ruin, Westinghouse begged Tesla for relief from the royalties Westinghouse agreed to. “Your decision determines the fate of the Westinghouse Company,” he said. Tesla, grateful to the man who had never tried to swindle him, tore up the royalty contract, walking away from millions in royalties that he was already owed and billions that would have accrued in the future. He would have been one of the wealthiest men in the world—a titan of the Gilded Age.

Tesla continued to work on his ideas for wireless transmissions when he proposed to J.P. Morgan his idea of a wireless globe. After Morgan put up the $150,000 to build the giant transmission tower, Tesla promptly hired the noted architect Stanford White of McKim, Mead, and White in New York. White, too, was smitten with Tesla’s idea. After all, Tesla was the highly acclaimed man behind Westinghouse’s success with alternating current, and when Tesla talked, he was persuasive. White quickly got to work designing Wardenclyffe Tower in 1901, but soon after construction began it became apparent that Tesla was going to run out of money before it was finished.

In December 1901, Guglielmo Marconi successfully sent a signal from England to Newfoundland. Tesla grumbled that the Italian was using 17 of his patents, but litigation eventually favored Marconi and the commercial damage was done. The U.S. Supreme Court ultimately upheld Tesla’s claims, clarifying Tesla’s role in the invention of the radio—but not until 1943, after he died. Thus the Italian inventor was credited as the inventor of radio and became rich.

Wardenclyffe Tower became a 186-foot-tall relic (it would be razed in 1917), and the defeat—Tesla’s worst—led to another of his breakdowns. ”It is not a dream,” Tesla said, “it is a simple feat of scientific electrical engineering, only expensive—blind, faint-hearted, doubting world!” Tesla died in 1943, in debt, although Westinghouse had been paying his room and board at the hotel for years. 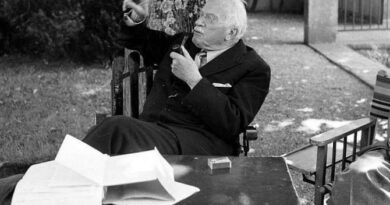 Carl Jung – One Of The Most Influential Psychiatrists Of All Time 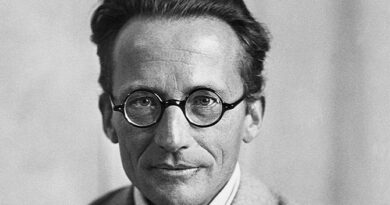